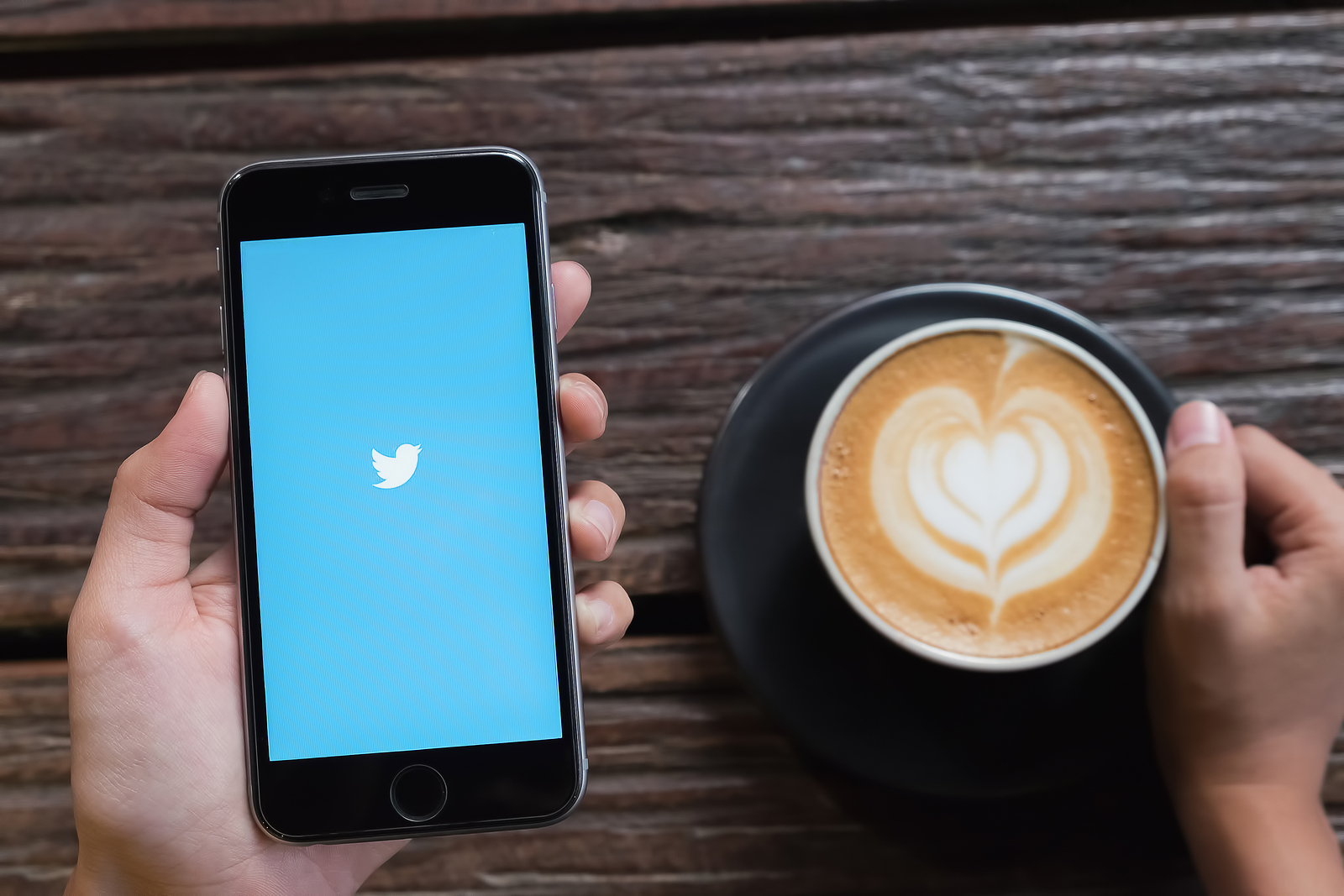 Staying on top of trends and news should be easy in the information age but still proves difficult. Seeking out the best resources for information and the most trusted voices can seem overwhelming when social media outlets like Twitter make it easy for anyone to comment on topics or share links. Below are 119 Twitter accounts that you should be following in order to be ahead of the IT curve.

Many currently existing lists either include very few women or create separate lists of women. According to the Women’s Society of Cyberjutsu, women make up 50% of the general workforce and 25% of the computing workforce but only 11% of the information security workforce. Our list includes 29 women as well as 1 women’s organization.

There are definitely many other influential InfoSec experts that are worthy of following on Twitter. But we wanted to make sure to highlight this group because we felt they had a lot of relevant expertise in InfoSec and they shared great content. If you have someone that you’d like to show some love to and recommend, please let us know in the comments and we will consider that person for one of our next lists.

The IT Industry Experts

Ms. Kayyem’s list of accomplishments is staggering. She is the founder of Juliette Kayyem Solutions, LLC, one of a limited number of female-owned security companies. She is the Belfer Lecturer in International Security at Harvard Kennedy School. From 2009 – 2010, she was the Assistant Secretary for Intergovernmental Affairs with the US Department of Homeland Security. Moreover, she has been a trial attorney and written a book, Security Mom: An Unclassified Guide to Protecting Our Homeland and Your Home. Ms. Kayyem’s Twitter account focuses on the intersection of government and information security.

Ms. Moussouris helped the US Department of Defense start the

’s first bug bounty program. She’s also a subject matter expert for the US National Body of the International Standards Organization (ISO) in vuln disclosure (29147). Ms. Moussouris’s Twitter account is a collection of personal infosec experiences and of informational shares.

Although Ms. Nather’s most recent position is as the principal security strategist at Duo Security, she has been working in IT since 1987. She spent 12 years in the financial services industry and 5 years in state government. She specializes in security program management, threat intelligence, risk analysis, identity and access management, security operations and incident response, application security, and security services. Ms. Nather’s Twitter account is a fun intersection of IT, infosec, and memes.

Mr.Bejtlich is chief security strategist at FireEye, and was Mandiant’s
Chief Security Officer when FireEye acquired Mandiant in 2013. He is a
nonresident senior fellow at the Brookings Institution and an advisor to
security start-ups. He was previously director of incident response for
General Electric, where he built and led the 40-member GE Computer Incident
Response Team (GE-CIRT). Richard began his digital security career as a
military intelligence officer in 1997 at the Air Force Computer Emergency
Response Team (AFCERT), Air Force Information Warfare Center (AFIWC), and
Air Intelligence Agency (AIA). Mr.Bejtlich is a graduate of Harvard University
and the United States Air Force Academy. His fourth book is “The Practice
of Network Security Monitoring” (nostarch.com/nsm). Mr. Bejtlich’s Twitter account includes insightful comments on published articles as well as links to his own writing.

Currently a research vice president at Gartner, Inc., Mr. Chuvakin has 16 years experience in the information security industry. He is an expert in SIEM, log management, and PICI DSS compliance and holds a PhD in physics. Mr. Chuvakin’s Twitter account focuses on cyber crimes and security issues.

A former reporter for the Washington Post, Mr. Krebs won a PROSE Award in 2015 for his book Spam Nation. In addition to that award, he has won twelve other awards for his IT security blog www.krebsonsecurity.com. Mr. Krebs’s Twitter account discusses current InfoSec issues and the ongoing impact of security weaknesses.

Named EnergySec’s 2015 Cyber Security Professional of the Year and one of Forbes’s “30 Under 30,” Mr. Lee earns a place as the youngest of the IT Experts. He served as a Cyber Warfare Operations Officer in the U.S. Air Force and writes for Control Engineering and The Christian Science Monitor’s Passcode. While pursuing his PhD at King’s College London, he continues to create a weekly technology and security comic with Jeff Haas called Little Bobby. Mr. Lee’s Twitter account gives insight into the infosec world and shares information that can help educate both experts and non-experts.

Founder of WhiteHat Security and currently chief of security strategy for SentinelOne, Mr. Grossman has been in the IT world since 1998. With his intense background, he has been featured by the Wall Street Journal, Forbes, and The New York Times as well as many other publications. Mr. Grossman’s Twitter account includes everything from jiu-jitsu to hacking video games and brings a career’s worth of experience to every 140 character post.

Currently a Senior Research Scholar in Cyber Conflict Studies at Columbia University, Mr. Healey’s resume stretches back to 1997 and his time working at the Pentagon. His publication credentials include news articles in The Atlantic as well Us News and World Report. In addition, he has published two longer works A Fierce Domain: Conflict in Cyberspace, 1986 to Today (2013) and Cyber Security Policy Guidebook (2012). Mr. Healey’s Twitter account is active with musings and commentary on shared items.

Although currently working in finance, Mr. Jaquith’s IT employment history places him as one of the top experts in the field. With a career stretching back to the late 1980’s, Mr. Jaquith has proven himself to be one of the rare crossover experts who is equally successful wearing  technological and business hats. Mr. Jaquith’s Twitter account focuses on general interest news as well as information security and is less active than some other accounts.

Mr. Kaminsky may best be known for his work in finding a “skeleton key” in the Internet’s domain name system and is currently one of seven recovery key shareholders who can restore the power of the internet’s root DNS keys. Currently acting as the chief scientist at WhiteOps, Mr. Kaminsky’s Twitter account is active with current events and coder tips.

As the vice president and principal analyst serving security & risk professionals at Forrester, Mr. Kindervag brings his 25 years of experience to his writing and his work. Best known for creating the “Zero Trust” model of information security, he has presented extensively at security conferences and been interviewed by top news outlets such as The Wall Street Journal, The New York Times, Forbes, CNBC, PBS, and Bloomberg. Mr. Kindervag’s Twitter account shares stories about science, sports, hacking, and humor.

Since 2012, Mr. Oerting has been the acting head of Europol’s Counter Terrorist and Financial Intelligence Centre and head of European Cybercrime Centre. He is a member of the Board of Directors for Global Cyber Alliance and an Expert Member of Interpols Global Cybercrime Expert Group. In addition, he is the group chief information security officer for Barclays. Mr. Oerting’s Twitter account aggregates industry news from a variety of mainstream and non-mainstream websites with an international focus.

A legend in the field of computer security, Mr. Schneier needs no introduction. He has written several books on cryptology and information security. Some of his books were specific to cryptographers while his four later books were easily accessible to a broader audience. His blog Schneier on Security has been published since 2004 and he’s currently the chief technology officer of Resilient. Mr. Schneier’s Twitter account is an autofeed of his blog but worthwhile for its links to the articles.

Mr. Stiennon has been a fixture in the IT community since the mid-1990’s. He founded RustNet in 1994, one of the first ISPs in the midwest. As the chief research analyst at IT-Harvest, he researched and reported on 1,451 IT security vendors. He has written three books, Surviving Cyberwar, UP and to the RIGHT, and There will Be Cyberwar. Mr. Stiennon’s Twitter account is an excellent cross section of well-curated material affecting information security.

What is Supply Chain Compliance?