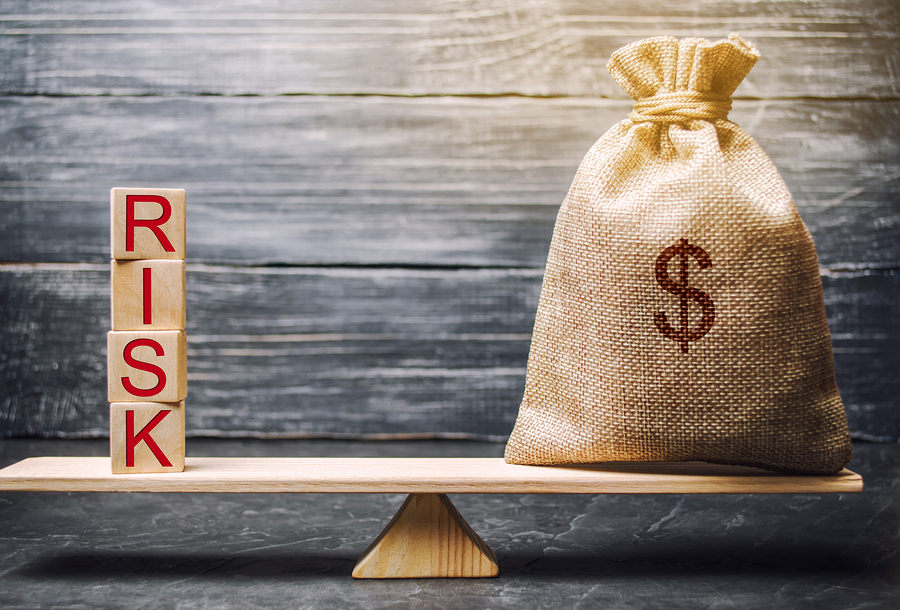 Inherent risk and control risk are two of the three parts of the audit risk model, which auditors use to determine the overall risk of an audit.

Inherent risk is the risk of a material misstatement in a company’s financial statements without considering internal controls.

Control risk is the chance of a material misstatement in a company’s financial statements because there aren’t any relevant internal controls to mitigate a particular risk or the internal controls in place malfunctioned.

Every business transaction has either a high, medium or low risk that companies should mitigate via internal controls. However, just implementing an internal control system isn’t good enough.

The third component of the audit risk model is detection risk, which is the risk that the auditors won’t detect a material misstatement in an organization’s financial statements.

The following are examples of auditors’ opinions that are inappropriate:

Audit risk is usually considered as the product of the various risks that auditors may find when they conduct audits. That is audit risk = inherent risk x control risk x detection risk.

The purpose of an audit is to cut the audit risk to an acceptable level. During an audit, the auditors examining the inherent and control risks pertaining to that audit while also gaining an understanding of the company and its environment.

Inherent risk is looked at as untreated risk, i.e., the natural level of risk that’s inherent in a business process or activity before the company implements any processes to reduce the risk. This is the amount of risk before a company applies any internal controls.

One of the key factors that bring about inherent risk is the way a company conducts its day-to-day operations. A company that can’t cope with a rapidly changing business environment and indicates that it’s not able to adapt could increase the level of inherent risk.

Another issue that could increase the level of inherent risk is the way a company records complex transactions and activities. A company collecting data from several subsidiaries with the intention of combining that information later is considered to be engaging in complex work, which could comprise material misstatements and give rise to inherent risk.

In addition, inherent risk can be increased because of the lack of integrity of a company’s management. For example, leadership that engages in unethical business practices could negatively affect the company’s reputation, leading to a loss of business and increasing the level of inherent risk.

Another situation that could give rise to inherent risk involves audits performed by previous auditors. Audits that were weak or biased or audits in which auditors ignored material misstatements intentionally could increase the level of inherent risk.

Transactions between related entities could also increase the level of inherent risk. That’s because there’s a chance that the value of the asset involved in any financial deal between the related parties might be overstated or understated.

A company can mitigate inherent risk by implementing internal controls.

Control risk is the chance that financial statements are materially misstated because of failures in a company’s system of internal controls.

If there is a major control failure, an organization will probably suffer undocumented asset losses, i.e., its financial statements might identify a profit although there’s really a loss.

Companies should decide what type of internal controls to implement for each risk based on the likelihood that the risk will occur and the amount of financial loss if the risk does occur.

The likelihood and the impact of a risk can be high, medium, or low. A company that thinks it’s highly likely that a certain risk will occur and cause significant financial loss should implement highly effective internal controls.

Examples of such internal controls include:

Inherent risk exists independent of internal controls. Control risk exists when the design or operation of a control doesn’t eliminate the risk of a material misstatement.

An auditor uses the audit risk model to understand the relationship between the detection risk and the other audit risks, i.e., inherent risk, control risk, and the overall audit risk, enabling him to determine an acceptable level of detection risk.

Although detection risk can’t be eliminated totally, the auditor can manipulate it by modifying certain factors, including:

Inherent risk and control risk are important concepts in risk management. By nature, business actions are subject to various risks that can diminish the positive effects that they can bring to a company.

5 Tips To Prepare For Your External Audit